What Should We Do?

how bout jokes - being at work usually, i cant get into too much trouble on this thing, so a good laugh would be a nice pick-me-upper.

I have a little trouble navigating your site. Maybe it is because I am fairly new to being on line. Could you create a "simple" set of instructions for getting around on the site for a novice like me?
G

sorry bluryeyes but it doesnt get any easier than this. this is the most simple format to have it in. everything you want is at a click of the mouse. just keep exploring and trying things and you will figure it out. you cant mess it up at all so dont worry about that.

/ I agree with Gunner this is the easiest site to navigate through that i've been on. To Erics bronco there is a gallery that you can post pics. to and see others that have been posted. Just look at the top right corner of the page.
R

THIS IS THE FIRST TIME TO ME TO JOINE GROUP, I THINK IF MORE PICTUER ON THE SITE WILL ATRACTIVE AS WE ALL KNOW ONE PICTUER WORTH 1000 WORD .AND IT IS RECOMMENDED TO HAVE CHAT ROOM.

Yeah like maybe the bronco of the month or whatever should have a pic on the front of the site, maybe some better graphics and like a lighter colored template. Maybe a better looking logo then one that you can make on the cooltext.com website

You guys all do know Dana is running this site on his own right? i mean i know it has to be a pain in the **** to work all day and manage a site like this. the only thing i can suggest is to get some help to maintain the site. i mean i know you have us moderators to keep the topics on point an all but that is all we can do. give someone else part of what you have so you can have some help putting all these suggestions to work.

I think I know where the difficulties are with navigation for some.

PHP, PostNuke, VBull, YaBB etc all have the profile settings for members on just one page including avatar controls, while this style has all the controls split up in different sections, one for signature, one for avatars etc etc..

Since the site is growing pretty well, then it does show that things are being done correctly, as in moderation and active membership with new posts popping up all the time, so the best suggestion I can toss out is to do banner swaps with other 4wheel sites, their banner on here and this sites banner on their site.

i've been amazed with this site since i joined. all the info and help from everybody has been awesome. i like the idea about the how-to section. it would make it easier to find what other people did and made work. haven't found anything i don't like but i wasn't looking either. maybe more pics.

Keep the comments and suggestions coming!!! While this is a new site, it seems to be growing rapidly and is fairly simple to get around. Just tell all your buds about it!!! B) 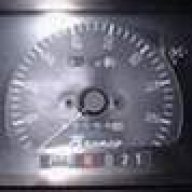 I think the "Quick Reply" option at the bottom of the page is cool. Having people that know what they're doing is cool, too. Also, I come from forums.tccoa.com, and they have all models together from 89 and some of the other earlier 80's T-Birds/Cougars up to the 97s and the up to 98 Mark VIIIs. They just have different sections for interior, exterior, audio/video, suspension, wheels, and all that. I think that helps instead of having a lot of stuff jumbled together, like lift kits, tires and windows are all in the same section. If you limited it by having a one section for wheels and tires, I'm sure you'd have a lot more people able to help that one person. Kinda like I know some stuff about 94-97 MN12s, but the interior of my Cougar is the same on 89-93 and the exterior that of 91-93.

It's just too unarranged. On TCCoA I'd keep around the audio, interior, exterior, and the For Sale/Wanted sections. Those are the sections I excelled in and I could go there when I wanted to help someone with their questions, but here, I don't see anyone with questions about some of the stuff I could answer. I've been on TCCoA and www.SoundIllusions.net and those are some of the easier forums to get around. This one is just sort of a mixed bag of questions. Although this is a little different than people concerned about their 1/4 mile times, but I figured with the Kicker truck, the Bronco, that there would be a few people with sound systems in their trucks.

I also like having the year and engine posted underneath the avatar. Maybe you could do something with that. Have one way of viewing what people post under which section it belongs to, but also be able to show the posts made by people with the certain year trucks. So, you could look under audio, but the post would be viewable under the year of the truck of the person that originally posted it. Let me know if you want me to go more into detail.

The Thunderbird/Cougar/Mark VIII site I belong to goes to the World Ford Challenge every year in St. Louis, and they set up a portable car port with the website name printed on it. They also use it for other major events that go on. They have raffles every month or so that help pay for them. They sell 150 tickets at $10 each, which members can pay with PayPal or check/m.o.. They usually have something like a set of wheels, suspension, a nitrous kit, or true dual exhaust. Here's a look at the current one going on:

If you figure out, the tickets pull in $1500, and the prizes range from $700-1100, so you can immagine how much that brings in to help pay for stuff for the club, like servers and all the maintennace stuff.

They also make calendars and have recently designed t-shirts for the club. I think it'd be cool to have some of that stuff. If you wanted to do shirts, I'm sure I coud make a design or someone else could. Maybe have a contest.

Sounds like a great idea! When more active members join it should be pretty successful!

It also sounds like a lot of work for Dana. But it is a good idea. 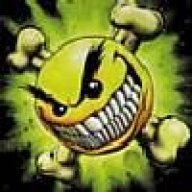 A live chat room feature would be nice. Always nice to make some new friends that drive Broncos &amp; be able to chat live with them on a regular basis here @ the site. Well dats my 2 cents!

I liked the way therangerstation.com homepage use to be set-up. I haven't been there in awhile so I don't know if it has changed. For instance,if I was looking for axle codes, I just scrolled to the axle section and clicked on 'axle codes'. If I was looking for something on the 4.0L same thing. Everything was catagorized like that, real easy to find. There was a TON of info on that site and it helped me through more than one junkyard excursion!

Another suggestion would be what came on what years. This may be somewhere else on the web also, my background is EB's and Ranger series trucks. I would like the same knowledge of the fullsize that I have of those vehicles.

I'd like to see something on the site where users are arranged by state. It would also eliminate the "where yall from" question, and make it easier to find local bronc enthusiasts to hook up and go muddin with.

You must log in or register to reply here.