Yup. I've been fighting with Ford for 3 weeks because I had heard about "flaming broncos". I actually posted a topic about it here in broncozone a couple of weeks back. Here is the link to the information on the recall. I've already emailed the link to my dealer and I'm going to call them in the morning for an appt to get it fixed.

not yet, but when u do forward it to me [email protected] thank you

hey ocala what is the differ between our year cruise controle and the 94?

the location of the cruise control sensor. IIRC, 94's and later are mounted directly on the MC, and something leaks causing the sensor to short out and spark, and we all know brake fluid like fire. my sensor is seperate from the master cylinder 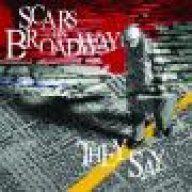 is a sight that explanes the recall good

they just replace the brakemaster cylinder pressure sensor and install a updated harness inline with that sensor. done... thats it @-) 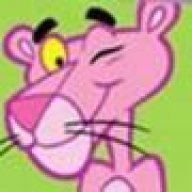 Hey guys, from what I have read, it sounds like the recall is for 94 to 96 Broncos. How is the cruise control different in those models than from say my 93? Just wondering if I should get mine checked out? Thanks, B-Cack 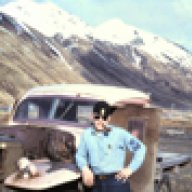 Hey guys, from what I have read, it sounds like the recall is for 94 to 96 Broncos. How is the cruise control different in those models than from say my 93? Just wondering if I should get mine checked out? Thanks, B-Cack

They changed the design of the control and no longer use a vacuum dump switch when the brakes are pressed. In place of it they put an electric switch on the master cylinder. The original design of the switch is defective and allowed brake fluid to leak in and cause a short that set ther fluid on fire. Prior to 94 there is no problem, as the switch doesn't exist on them.

Kick ass, thanks SeaBronc, as usual you have the answers. I appreciate it bud.

they just replace the brakemaster cylinder pressure sensor and install a updated harness inline with that sensor.  done... thats it  @-)

my recall letter says the parts aren't even available till Nov. of 05 but to take it to the dealer and let them diconnect it until then so are you sure they fixed it, or is it just disconnected?

that letter is the old recall note.

from what my dealer told me , they were automaticly shiped 15 repair kits and then my dealer orderd another 35 just for extras because of the mass of this recall. to answer your question the recall on my bronco is complete with the new sensor installed. the letter was sent out to have u bring in your truck so they could unplugg the old sensor so there is no fire hazzard b-( while they build a new switch. your ford dealer might or might not be able to order the parts because of the extreme demand for them. Best bet is to call them and find out if they have any left.

good luck and hope this helps

They say brake fluid could leak into the cruise control deactivation switch which could lead to corosion and cause a fire. It has happened before.

They say brake fluid could leak into the cruise control deactivation switch which could lead to corosion and cause a fire.  It has happened before.

Yes :-&amp; However, it is easily solved either on a temporary basis by bypassing the switch or getting the recal service done by a Ford dealer. Probably something you should check on for your new truck.

My friends dad has a friend who was in his 4x4 club. His friend's bronco started to smoke under the hood and they realized that the truck was about to flame. Luckily, they had an on board fire extinguisher and put it out before it could spread. His friend had to sell the Bronco because his friend didn't trust the truck anymore. He ended up buying the truck back though after he had anxietys.

I brought the bronco to the dealership fixed it in about 45 mins....all set now...thanks again guys!!!

Well my local dealer still doesn't have the parts for the fix and won't have them till the end of Jan. They also told me that it is just an inline fuse there putting in, granted that will keep your truck from burning to the ground but its just a bandaid. The sensor is still going to short out and blow the fuse, then its up to you to replace the sencor and the fuse to get your cruise working again. I called and filled a grievence with Ford @1-888-222-2751 over there way of fixing the problem because I don't want to replace parts when it's there fault they go bad and they know it. If my local dealer is wrong, let me know exactly who they are fixing this but if they are right, then if everyone calls maybe they will fix it right.

here are the pics of the recall that my ford dealer did. it consited of a new brakemaster cylinder pressure sensor and a inline harness. this is the permiant fix from them . this was done under the recall notice that i received and was no charge to me.

Last edited by a moderator: Dec 6, 2005
You must log in or register to reply here.